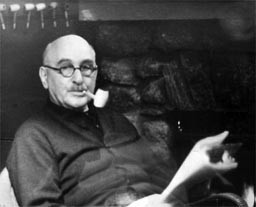 Lincoln Filene was born in Boston, Massachusetts, on April 5, 1865, the son of William and Clara (Ballin) Filene. In 1901, when their father died, Lincoln and his brother Edward inherited his piece-goods and women' s clothing store that they had been managing for a decade. Together with Louis Kirstein, who joined them in 1911, they built William Filene's Sons Company into a large department store with a number of branches in other New England locations. Although the famous Automatic Bargain Basement was Edward Filene' s idea in 1909, Lincoln Filene originated or implemented a number of significant innovations, including cycle billing, the first company charge card, the formation of a company union, the establishment of a credit union for employees, and the development of a close, supportive relationship between management and workers. At one time, Filene's had a fully-staffed twenty-five-bed infirmary across the street from the Boston store and an employee-elected arbitration board which settled disputes between management and employees.

On September 6, 1916, at a luncheon meeting that he had arranged for the owners of eighteen department stores, Lincoln Filene suggested a cooperative arrangement between them to increase their efficiency and profitability. The result, two months later, was the Retail Research Association in New York City, followed in 1918 by the creation of the Associated Merchandising Corporation (which provided mass-purchasing benefits for member stores) and the formation of Federated Department Stores in 1929. Filene's, F. and R. Lazarus of Columbus, Ohio, and Abraham & Straus of Brooklyn were the first three stores to exchange their stock for Federated stock. Lincoln Filene served as Federated's first Chairman of the Board.

He worked for codes of fair business dealings and aided in bringing about state systems of unemployment insurance, was a founder of the American Arbitration Association, and through the International Chamber of Commerce, of which he was an active member, helped to eliminate a number of unfair business practices abroad and to establish an international arbitration commission. In 1925, he was chairman of the National Trade Relations Committee of the Chamber of Commerce of the United States. He was the author of "A Merchant's Horizon" (1924), "Unfair Trade Practices--How to Remove Them" (1934), and (with others) "Toward Full Employment" (1938). He also wrote a number of magazine articles on social and economic subjects.

Having established the Lincoln and Therese Filene Foundation for charitable and educational purposes in 1937, he was honored when that foundation and Federated Department Stores gave $300,000 to endow the Lincoln Filene Professorship of Retailing at Harvard in 1949. The Foundation gave Bates College an auditorium in 1954, and in 1955 endowed the Lincoln Filene Professorship in Civic Education at Tufts University and helped finance WGBH-TV, Boston's first educational television station.﻿ 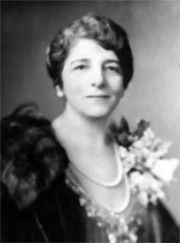 Lincoln Filene married Therese Weil on May 16, 1895, in Boston. She was an early advocate of women's suffrage. She was also involved in a number of philanthropic activities throughout her life. She aided many immigrant families in the Boston area and organized relief efforts after the widely-destructive Chelsea fire. She founded the Boston Music School Settlement and worked there for many years, and she was a long-time and generous supporter of the Boston Symphony Orchestra.

Catherine Filene Shouse once noted "I have come to believe that music should be a necessary part of children's lives."

Her most notable achievements include founding and leadership of Wolf Trap Foundation for the Performing Arts on the site that had been her farm in Vienna, Virginia.  Mrs. Shouse was the first woman appointed to the Democratic National Committee, She developed a job training and rehabilitation program at the first Federal Prison for Women.  Mrs. Shouse devoted hours of service on the boards of the National Symphony Orchestra and the Kennedy Center for the Performing Arts.

Mrs. Shouse had one daughter, JoAn Tolley, who remains an active member of the Foundation in her 90's.  She is an artist, a healer, and she adores her family members. 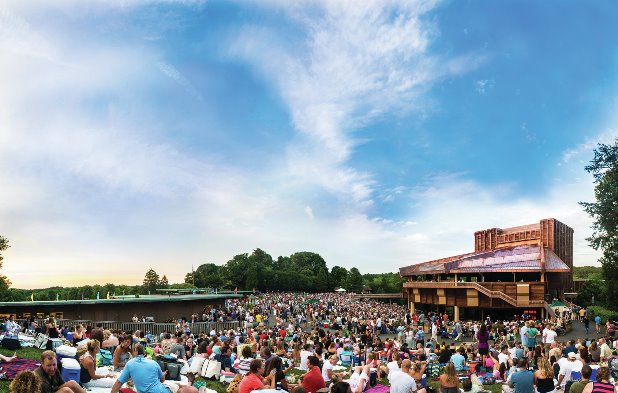 The Filene Center at Wolf Trap Center for the Performing arts

Helen Filene Ladd was a dedicated alumna and trustee of Skidmore College in Saratoga Springs, New York.  In the 1980's, and in partnership with the Filene Foundation, Mrs. Ladd made it possible for Skidmore to launch a dream "to bring to campus, by way of a national scholarship, some of the best music students in the country" and thereby establishing the Filene Music Program at Skidmore.

Mrs. Ladd had three sons, George, Lincoln and Robert.  All have dedicated many years of service to the Foundation and were particularly instrumental and successful in encouraging younger family members to become involved with the Foundation. 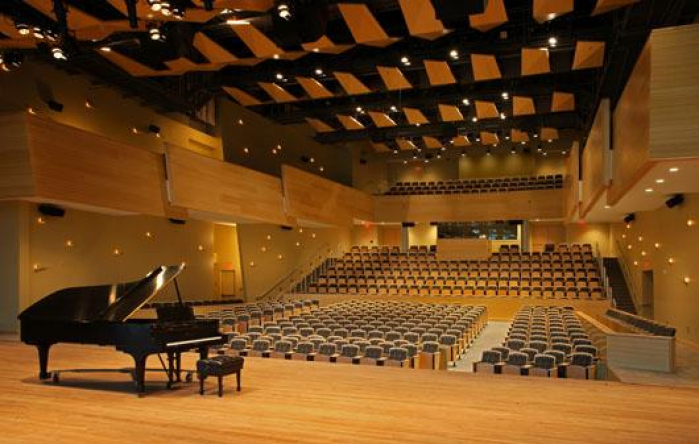